GEOPOLITICS OF IRAN ACCORDING TO THE THEORY OF GEOGRAPHICAL BUFFER SPACES

With the occupation of India by one of the global powers namely Britain (1770), and its territorial expansion toward the West and Iran’s borders, Russia (the other global power) started to expansionism and move toward Indian Ocean and Iran’s north borders from the first of 19th century (1804-1813/ 1826/1828). Britain from East and South and Russia from North intruded on Iran’s borders, and buffered Iran and Afghanistan in order to not to collide with each other. In the rivalry pattern of buffered states, their geographic spaces should be separate. Low power geographic space is required between the powers. Geopolitical boundaries of these two powers should not contact because in such a case, the possibility of conflict can arise. So, the buffer space takes the form of vacuum space between the buffered powers.

In this research, a new definition of buffer space is presented, and the process of formation of buffers (the whys and wherefores), functions and characteristics of buffers in two internal and external dimensions are investigated. Then, the validity of the variables is investigated using library and field findings, and is used in the process of evaluation of internal and external experts. The results are analyzed using statistical methods and SPSS. Finally, these variables are evaluated in the context of Iran.

The research findings show that the pattern of geopolitical rivalry of great powers has been reflected in Iran’s space in the last two centuries, namely not only foreign relations, but also Iran’s internal political situation are reflections of the pattern of rivalry of great powers resulted from Iran’s buffer situation. The behavior of Iranian politicians and people have been affected by the behavior of buffered powers. This situation has caused some behaviors to be created like xenophobia, lack of trust in politicians, de-utilization etc. The buffer space cannot make decision without considering the interests of buffered states. In the buffer space, all of the political phenomenon are the reflection of buffered space. 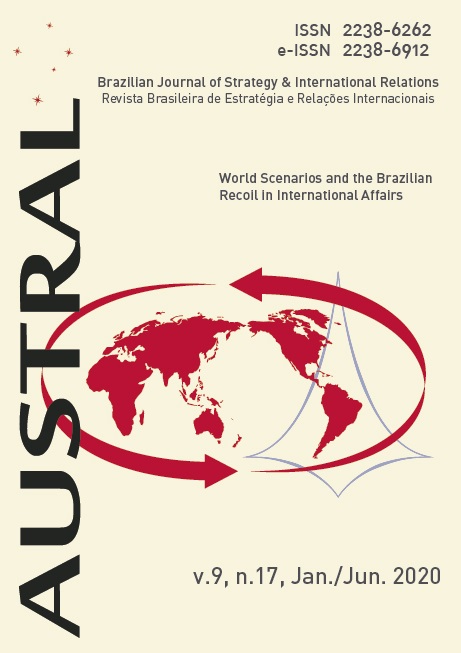