A Prospective Analysis of Analog Audio Recording with Web Servers

This paper analyzes the possibility of implementing a variety of analog and acoustical processes for music production as remote audio servers accessed by the World Wide Web. The opportunity is motivated by the simple idea of making a MIDI-controlled analog synthesizer available to the general
public as a batched recording service, for which a prototype has been developed and described in [Johann and Zawacki, 2012]. As soon as the advantages of such system are considered, the question arises as what other instruments and audio processes could be implemented as servers, providing
quality and cost effective remote access from anywhere, to anyone. The ultimate goal is to allow musicians to compose, record and mix their music from simple tools in their computers but having the opportunity to access also
very high-quality analog an real instruments for final sound rendering. In this text, both digitally controlled and old analog synthesizers are considered, as well as adapted and custom instruments, acoustical musical instruments of
many sorts, effects audio processing units, analog mixing consoles and a few others. Each different class of tools has its own context, requirements and some challenges, whose discussion is the main focus of the present work, that
also highlights the many commercial and creative possibilities of such an ubiquitous approach to analog audio. 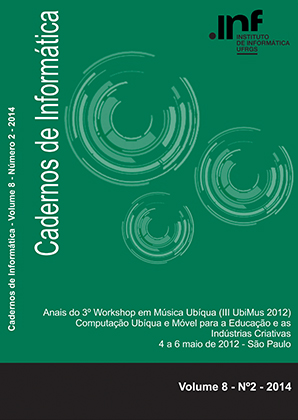